So, I’ve been missing all summer from these blogging streets. Let’s just say that I’ve been taking some time to stop and smell the flowers…. 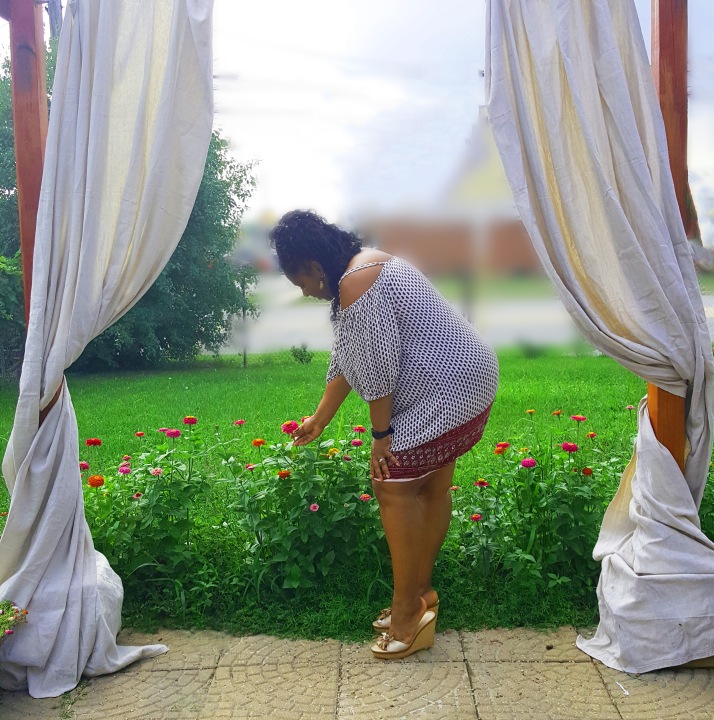 For the past few years, I’ve been really trying to work on my green thumb. Pinterest has me inspired and thinking that I can do anything! And what I can’t do, I can convince hubby to do!! lol! The picture above features a preview of the patio hubby built a couple years ago and the pergola he built this year. The flowers though…that’s all me!

We’ll get to the details of the full patio/pergola design as well as the decorative touches that I add in part 2. In the meantime, the flowers are courtesy of of box of Zinnia seeds that I purchased from none other than Dollar Tree! One box claimed to contain 100 seeds and produced all this!

They attract the most beautiful butterflies! 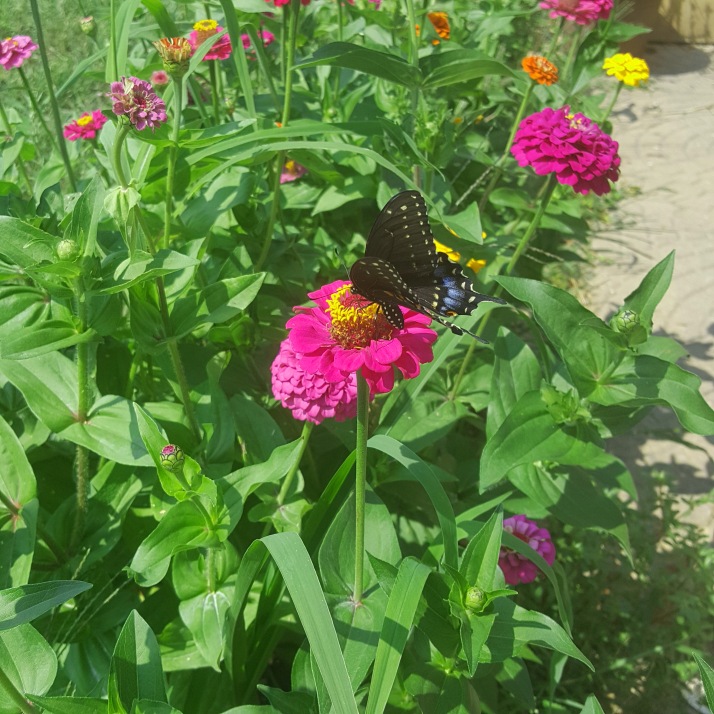 You have to appreciated God’s creations and how He perfectly coordinates the body of the insect to the wings! And did you see that extra splash of blue and orange?? 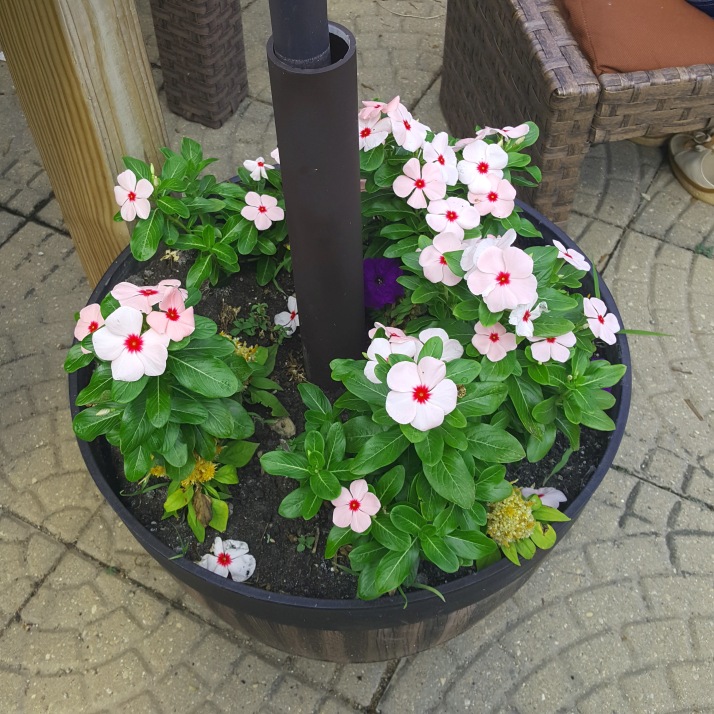 Another of my Pinterest inspirations was this umbrella base. I used a large 16″ flower pot from Home Depot, one and a half bags of cement mix, a pvc pipe, and spray paint. After everything set, I added dirt and flowers. This thing is heavy and holds a large 8 foot umbrella and all for less than $40!!

Did I mention that I garden now too?? Well, I actually started that last year after hubby and daughter built a garden bed for me. I grew a variety of peppers and herbs this year.

I harvested these peppers and made some deliciously spicy tacos!

I realize that summer is coming to an end but where I live, fall is an even better season to enjoy the outdoors. As fall approaches and the temps cool a bit, I’ll be adding the finishing touches and will share it all in part 2 so stay tuned! 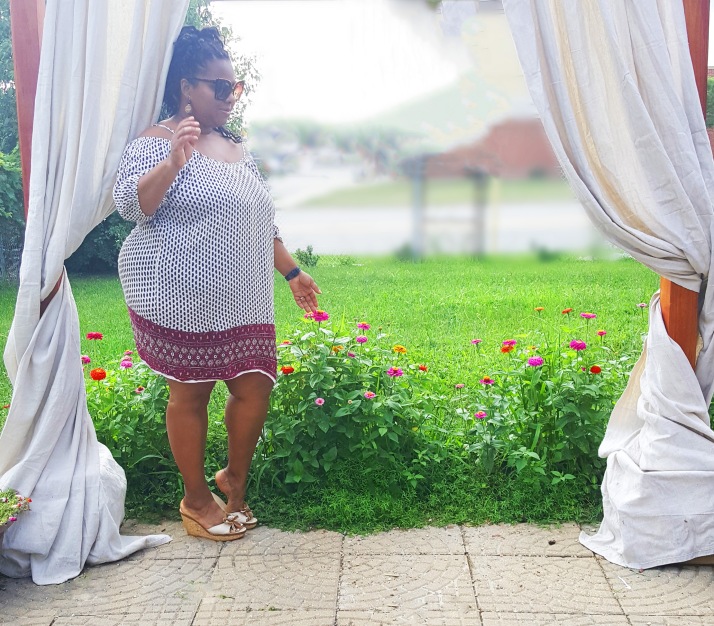 2 thoughts on “Spending My Summer in the Backyard Part 1…”